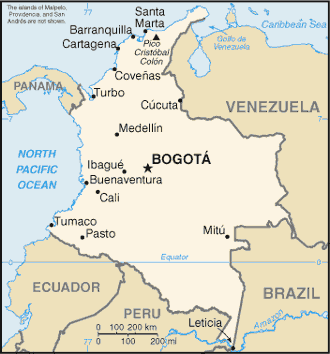 Colombia’s challenges pertaining to non-state actors can be traced back to the nature of the state’s historical development, particularly in terms of state capacity, security and the inability of formal institutions to resolve key societal grievances. The conflict between the Colombian government and the Revolutionary Armed Forces of Colombia (now Common Alternative Revolutionary Force, FARC) has waged since 1964, and had seen a strengthened FARC force take an effective militant resistance against the government. Leading up to the 2016 Peace Agreement the FARC’s militant numbers were believed to have dropped to around 8000. Only a small number of women have previously been involved in formal peace negotiations; however, since 2013 there has been an increasing mobilisation of women for a resolution to the Colombian conflict.

A General Agreement for the Termination of the Conflict and the Construction of a Stable and Lasting Peace, 2012

Colombian Agreement to End the Armed Conflict and Build a Stable and Lasting Peace, 2016